The Netizens Best Choice Awards for Business Excellence play a vital role in promoting responsible use of the internet since it conducts online research and surveys for promoting the best brands, products and services that distinguished itself among its competitors by earning the Netizen’s Trust Seal.

Awardees are chosen through an online nomination and multi-criteria evaluation in a variety of category such as Product/Brand/Service Quality & Innovativeness, Image/Value Proposition & Pricing, Strong Brand Online Market Influence, and Proper & Responsible means of using the internet.

Remarking on the impressive win, Ms. Sue Geminiano, Marketing Director of Hotel Sogo, says, “This award is for the management, (as well as) the operations people [who are also considered as frontliners]. They worked so hard for this in a good and very respectful way. If not for them, Hotel Sogo will not be this big, well known, and will have many branches nationwide”.

As of writing, Hotel Sogo has 46 branches nationwide located in key cities in the metro and provinces. Further plans for expansion in other areas are still expected and the hotel looks forward to many more wins in the future. 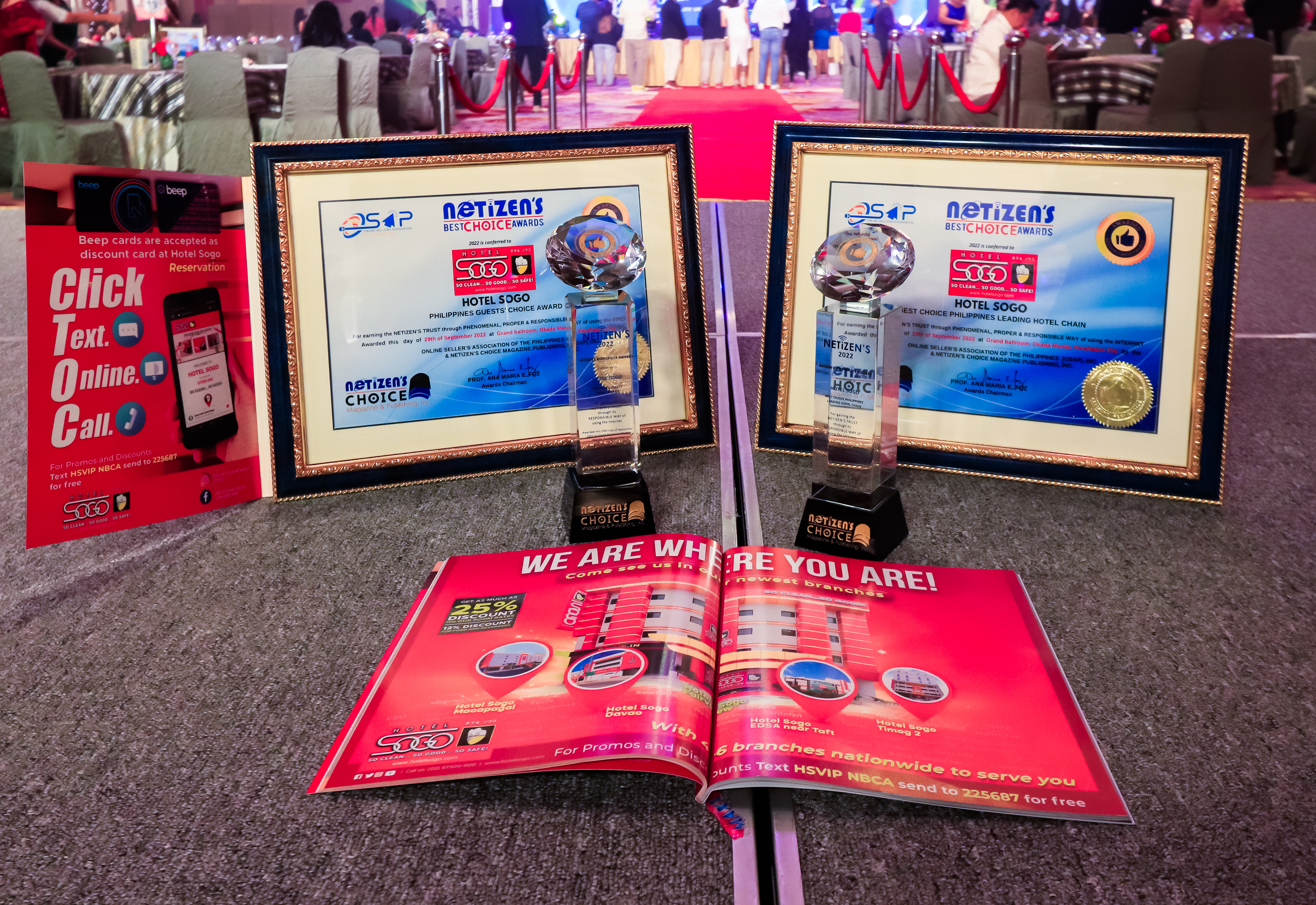 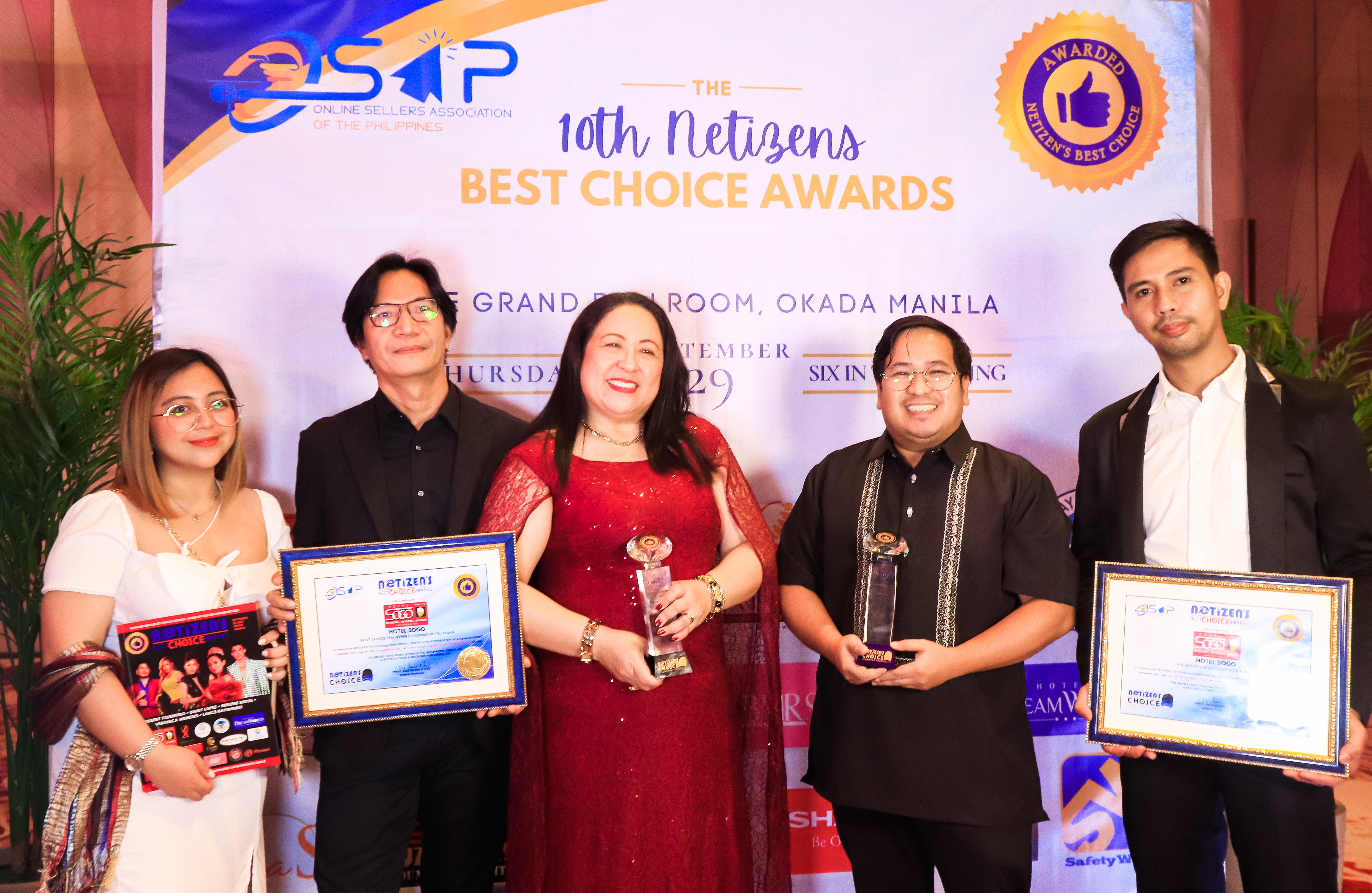